How are we going?? 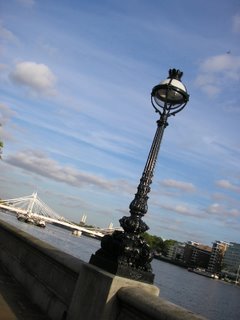 Good.!! Still in London and a new project become real. But first things first. The documentary has been a wonderful work to do. I have been writing a lot about things that move the first idea in a such a different way. We are now working in the edition script. All the images are done and we are moving in the next step.

Hard thing has been the fact that my favorite editors are in Colombia and send tapes is really a “video” jaja… (in the Colombian way to say that), so I think maybe here I can get a little help from my friends… We’ll check that out.

So, the new idea is kind of different thing, because is like: seeing this city in a new way, trough the images I have made of the city, that shows the London I have lived in for the last three months. It is a wonderful blue skies’ city with a great weather! Sounds strange but is real. And I am going to show it.
Publicado por Unknown en 4:20 AM